Blocked nose and nasal congestion: how to get relief?

Having a blocked nose (stuffy nose, congested nose or runny nose) can cause a vast array of symptoms and problems.

During the day – nasal blockage can make exercise difficult, result in nasal discharge, cause a frequent need for nose blowing, as well as facial pain and headaches.

Other symptoms may include earache, sneezing, reduced sense of smell, watery eyes and bad breath.

Thankfully, a blocked or congested nose is a very treatable condition, and once treated can greatly improve sleep and overall quality of life.

In this article we’ll explore what causes nasal congestion or obstruction, the symptoms, nasal assessment and how to treat a blocked nose.

What causes a blocked nose?

There are often multiple factors contributing to a blocked nose. These may include:

Allergic rhinitis / hay fever
Allergic rhinitis is most commonly referred to as hayfever. Triggers such as dust, animal dander or pollen result in inflammation of the nasal passages, causing obstruction and congestion.

Nonallergic rhinitis
Non-allergic rhinitis describes a set of symptoms that are similar to allergic rhinitis although the exact trigger is unclear. The weather, food, air pollutants or medications may result in sneezing, watery eyes, blocked nose or constantly runny nose.

Common cold / rhinovirus
The common cold creates inflammation in the nasal passages resulting in a blocked nose. The immune system needs time to fight the virus responsible for cold symptoms and over time the inflammation will usually ease.

Nasal polyps
Nasal polyps are soft, non-cancerous growths that can develop in the lining of your nose. They are commonly located in the nasal passages or paranasal sinuses. During the course of an allergy or infection, the nasal lining may become inflamed, resulting in irritation, swelling and excessive mucus production. When irritation is prolonged, the lining may form a nasal polyp, blocking nasal and sinus passages, causing breathing problems.

Enlarged turbinates
Turbinates are bony structures on the wall of both sides of the nasal passages covered by soft tissue called mucosa. The role of the turbinates is to cleanse and humidify the air that passes through the nostrils into the lungs. Turbinates can become swollen as a result of allergy or infection, causing nasal obstruction.

Deviated nasal septum
The nasal septum is the wall made up of cartilage and bone between the left and right side of the nose. Sometimes, for many reasons – whether it be previous nasal trauma, or just the way the septum has been developed – the septum may be bent or uneven. When the septum is deviated, one nasal passage is likely to be smaller than the other, resulting in a blocked nostril.

Adenoids
Adenoids are lymph tissues in the throat located behind the nose. Enlarged or infected adenoids can reduce the airflow through the nose, causing nasal obstruction. 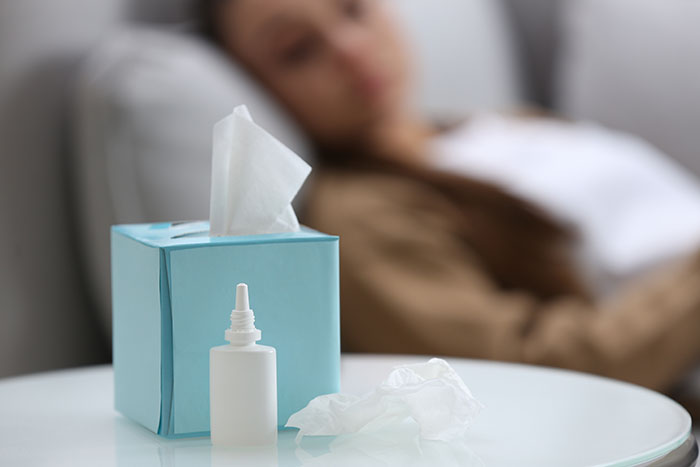 Investigating a blocked nose involves careful examination of the nose, looking for signs of allergy/inflammation, as well as anatomical abnormalities that may be contributing factors.

Medical treatment can include:

Blocked nose surgery may include:

Septoplasty / Deviated septum surgery
A septoplasty is a procedure to straighten the nasal septum. It is performed through the nose with cameras and headlights (no cuts on the outside, no bruising). There is no change in the appearance of the nose externally. Septoplasty is often performed with a turbinoplasty.

Turbinoplasty
The inferior turbinates are the first line of defence in the nose for allergens and viruses and can sometimes become enlarged. Reducing the size of the turbinates can greatly enhance the size and function of the nasal airway. This procedure is performed inside the nose, with cameras and small instruments.

Sinus surgery and FESS
If medical treatment has not helped the sinuses, surgery can sometimes be performed to allow the sinuses to function properly again. Functional endoscopic sinus surgery (FESS) is a less invasive approach to sinus surgery, where the sinuses are opened up and drained by operating through the nostrils. This can be done at the same time as septoplasty or turbinate surgery. 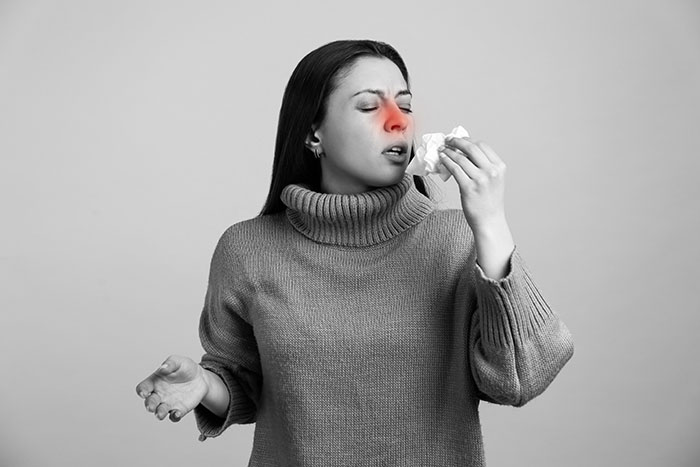 In summary: relieving a blocked nose

Having a blocked nose can cause many symptoms that impact quality of life. Nasal congestion may contribute to poor quality sleep, make exercise and daily activities more difficult and result in pain and headaches. There are multiple factors contributing to nasal congestion including allergies, inflammation, infection, sinusitis and nasal anatomy.

Thankfully, a blocked or congested nose is a treatable condition with both medical and surgical options available.